They were better than the brownies

Halvah really doesn't taste good. I had never heard of it before making this recipe, and I tried a piece and it tastes like bitter chalk.

Blondies turned out good with halvah baked in though. 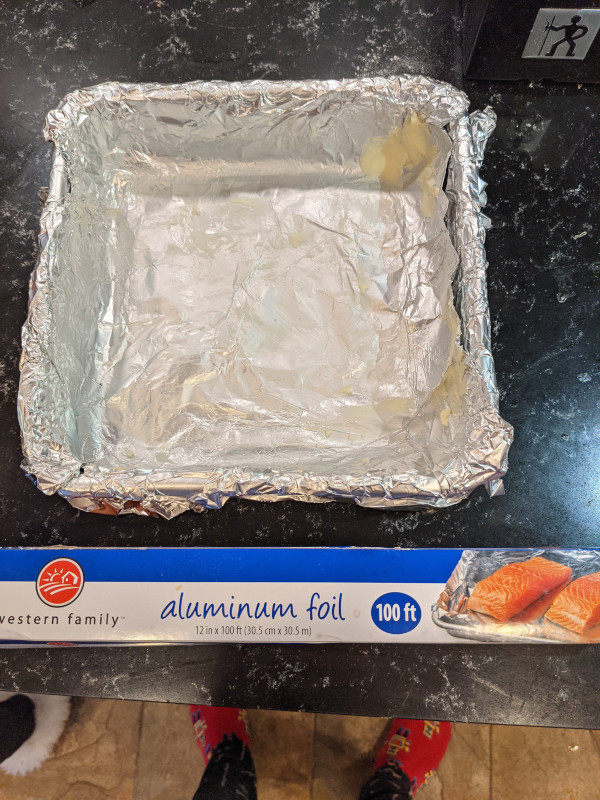 Real talk though, don't skip this step because it makes the brownies so much easier to take out and cut without breaking or smooshing them. 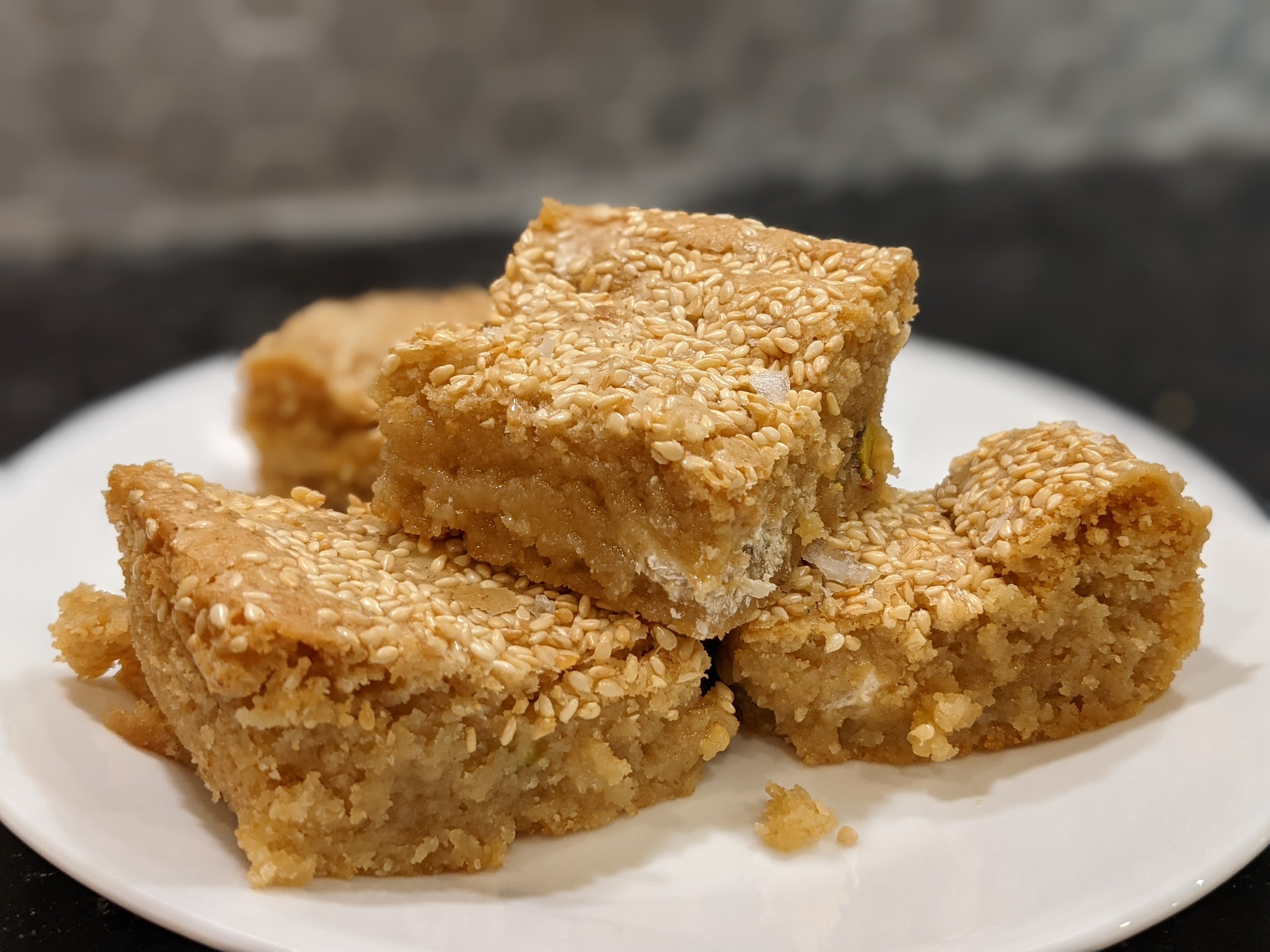 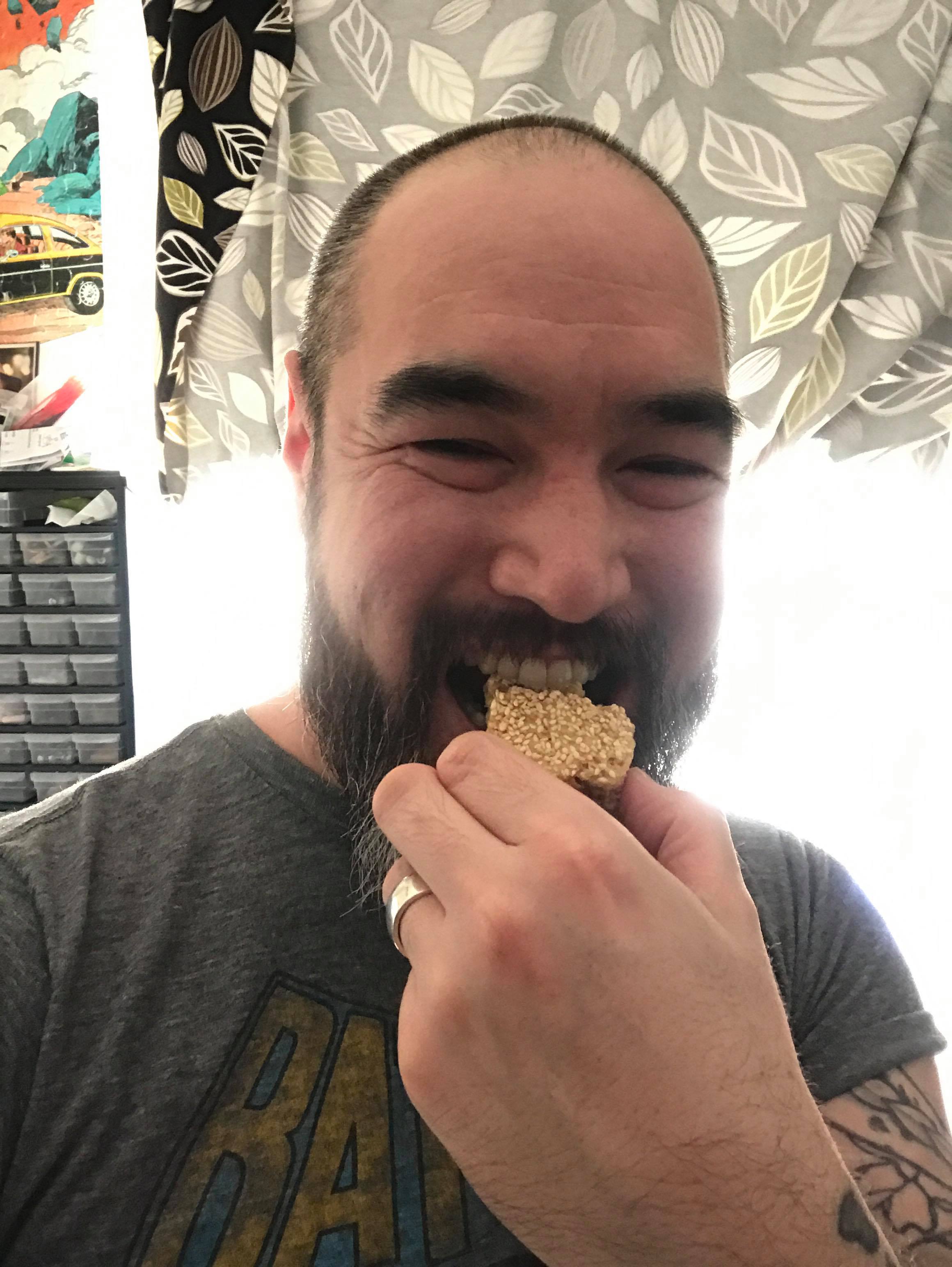