Sorry Claire, it's not BA's Best.

I didn't go bananas for this bread. Choc-olate it up to a lack thereof.

The problem with banana bread recipes is that they're going to be competing with BA's Best Banana Bread, which has chocolate, crispy sugar, a fudgy, dense, heavy banana texture and makes you feel like you're consuming.

This recipe, while good, felt like I was eating a frilly cake that I should have with tea or something.

Though it smelled a lot like coconut, the coconut flavour was subtle and enhanced what was there. The texture was very light and fluffy and I felt like I could eat a lot of it. And it did taste better the second day once it had time to firm up, it was a bit too crumbly to smear butter on after it came out of the oven. Toasting it the day after was a good idea.

But, critically, banana bread is constitutionally protected as a trashy food and this doesn't deliver on that.

Keep in mind when baking the law of spices:

No matter how many spices you have in the cupboard, and no matter how haphazardly they're piled, you will always be missing the one that you need.

Apropos of nothing, equal parts cinnamon and nutmeg is a decent substitute for cardamom. 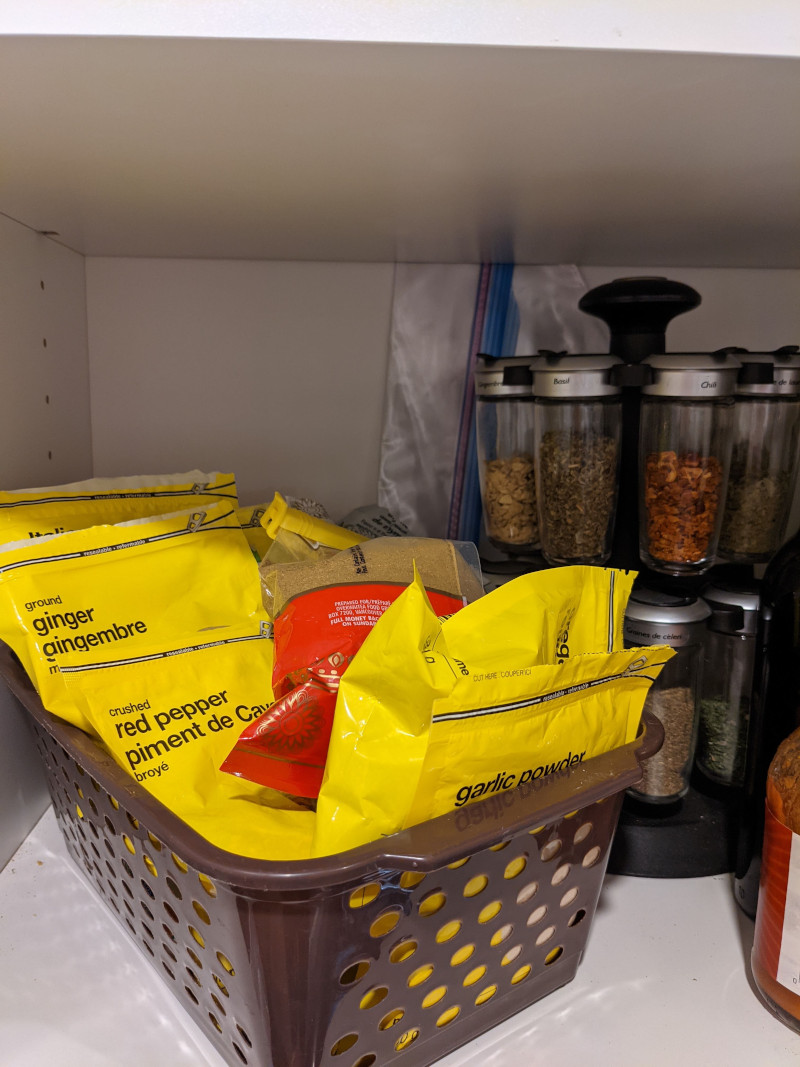 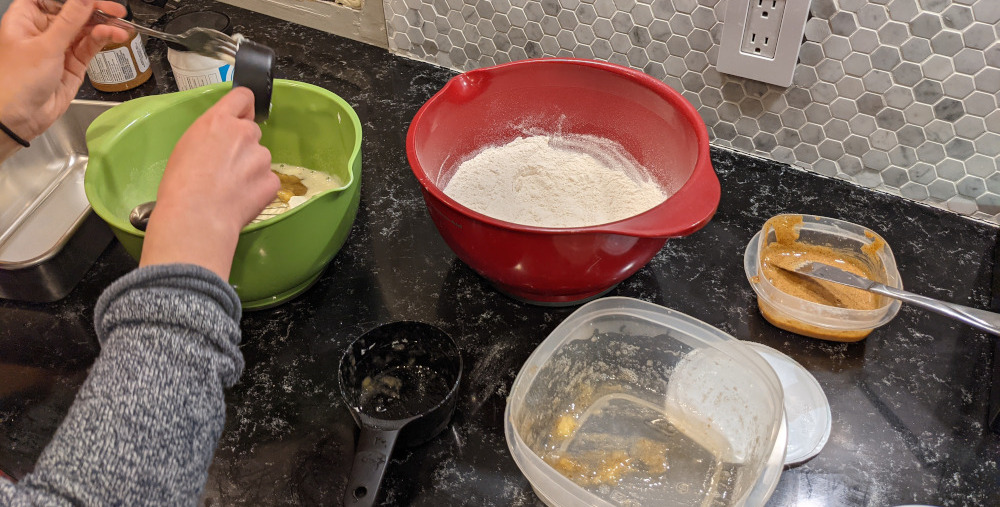 This is an extremely complex recipe that involves doing things like "putting ingredients in bowls" and "mixing".

But I'm sure you all know that, because literally 100% of people on earth made banana bread in March and April of 2020.

That expensive Breville food processor you bought after the catastrophic failure in Pistachio Pinwheels is going to be very effective at chopping almonds. 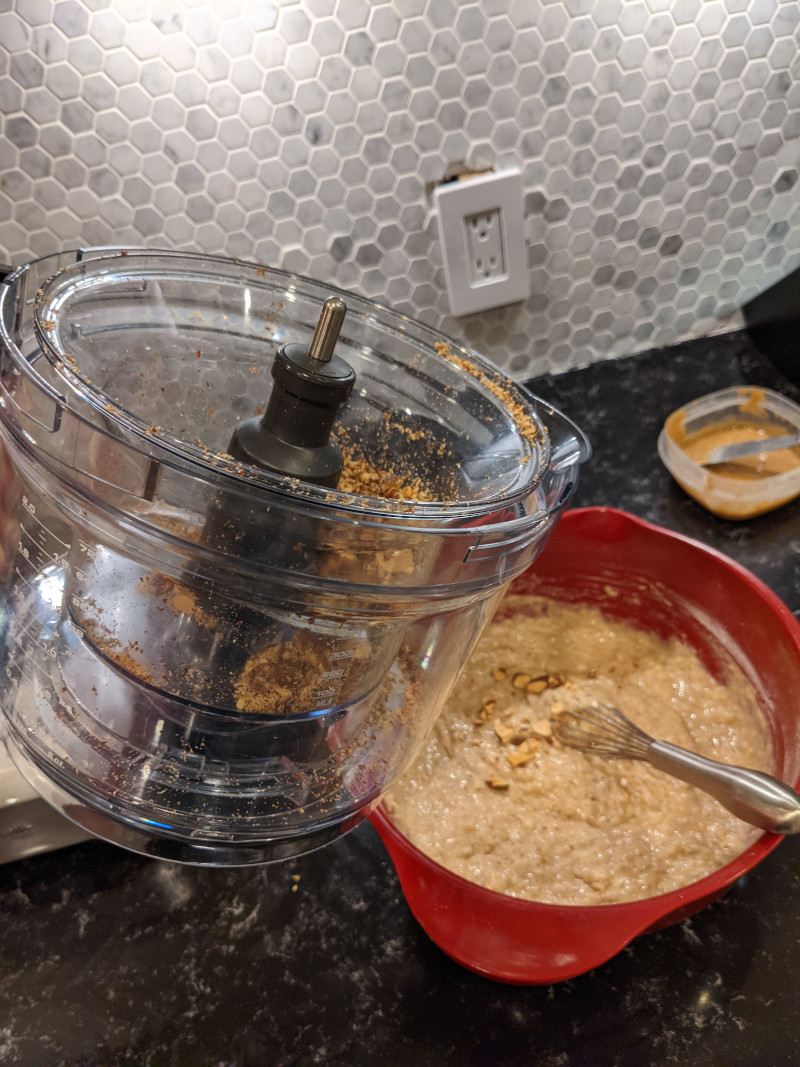 There is no undoing the "swirls" on top of this loaf. So if you plop too much on and it starts to spread and by the time you're swirling it's already everywhere, just stick that knife in and commit.

This was an easy recipe, remember?

If you grew up in a peanut-free house where almond-butter was a poor substitute for the real thing... prepare for an oh-too-familiar disappointment

Above all else, you must be prepared to do anything to get it for the gram. 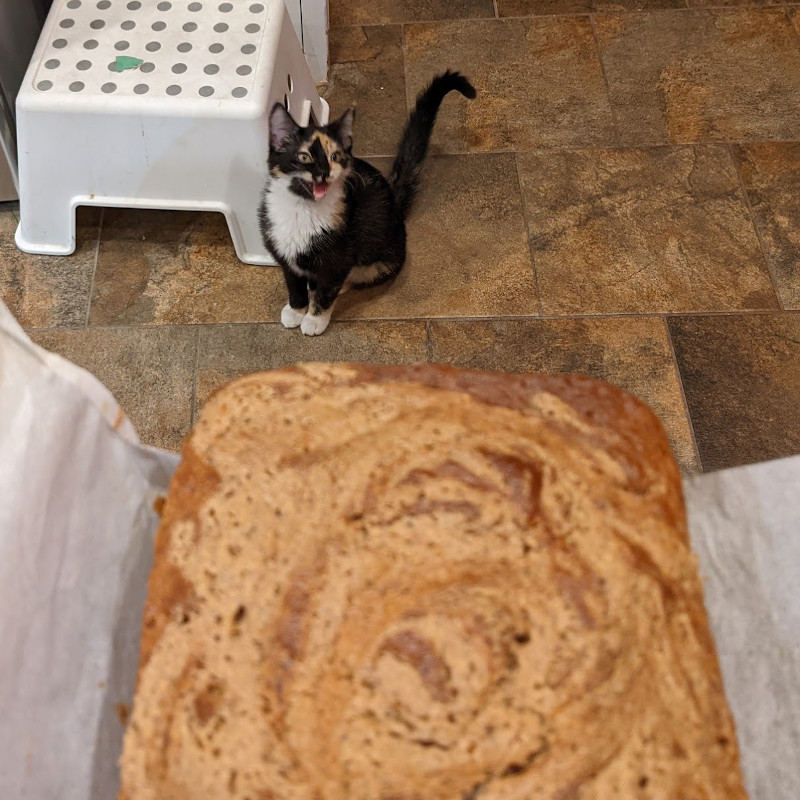 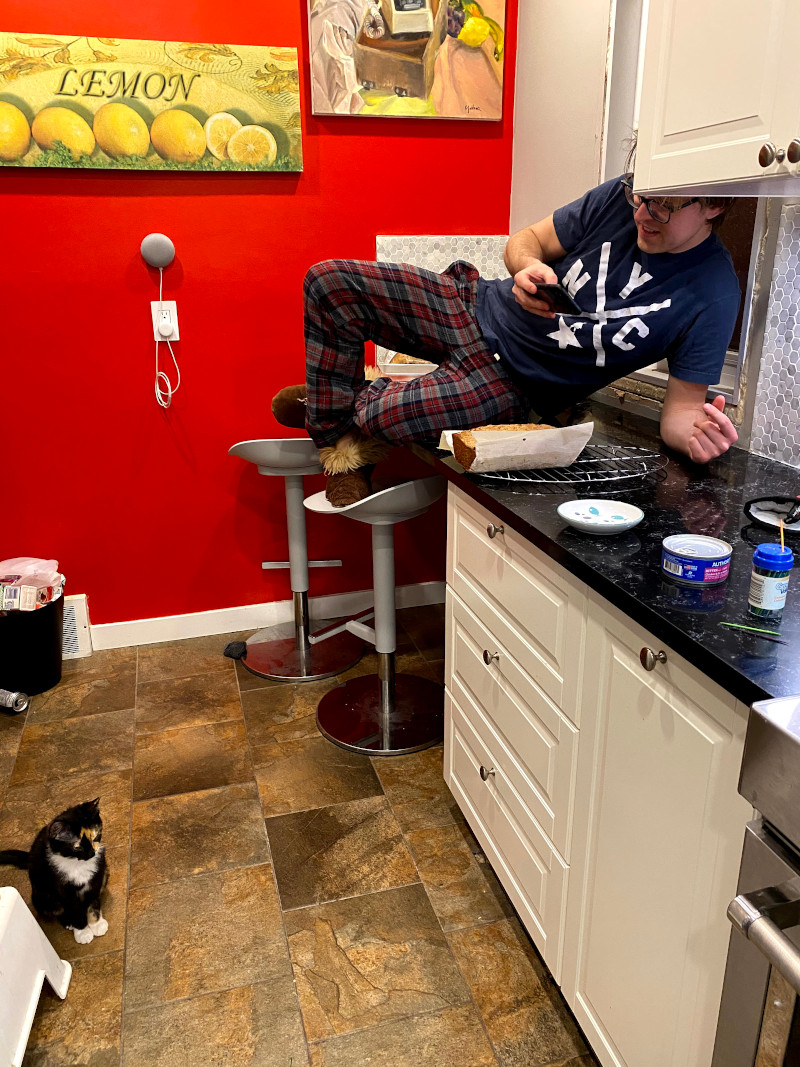 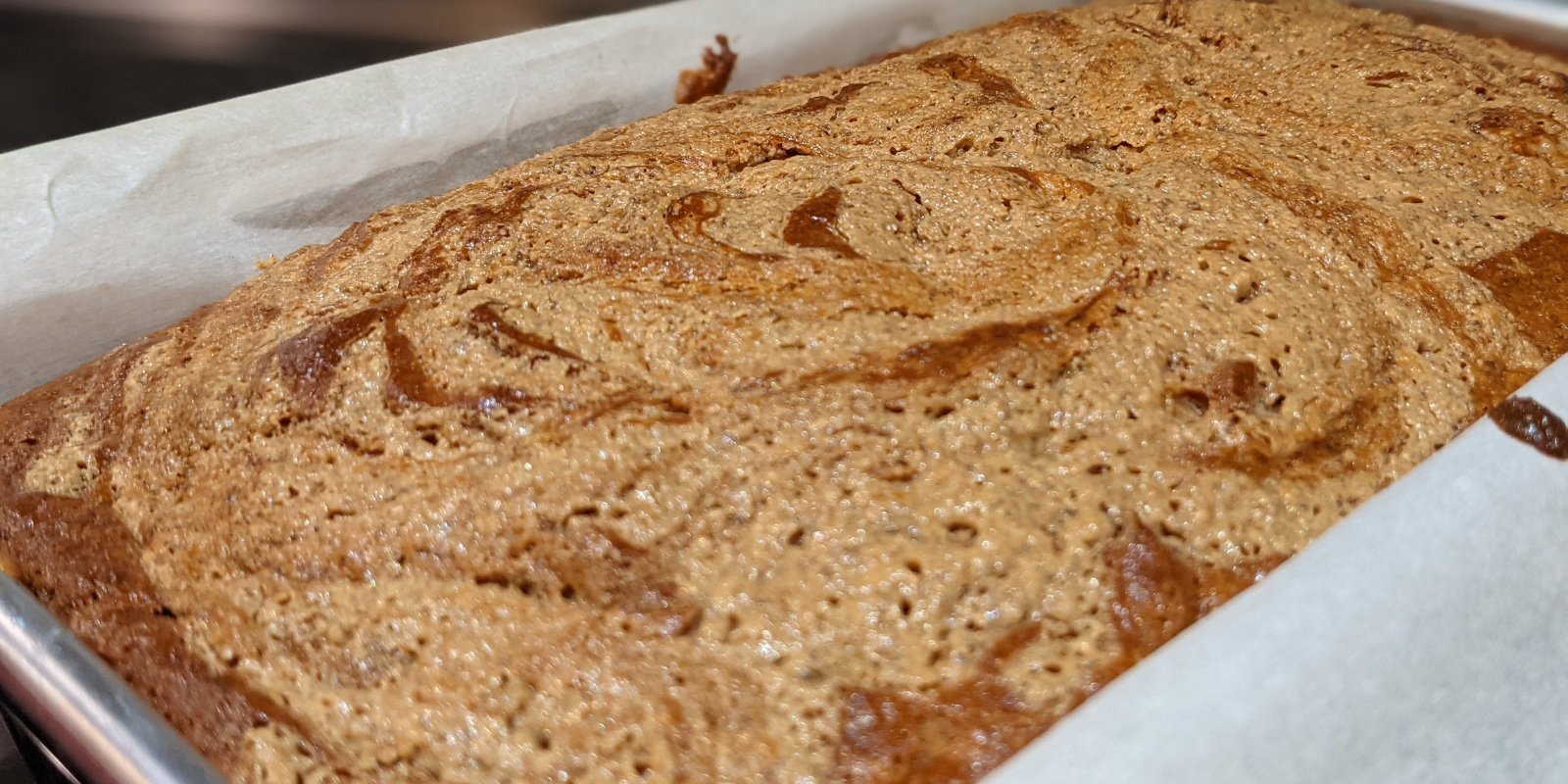 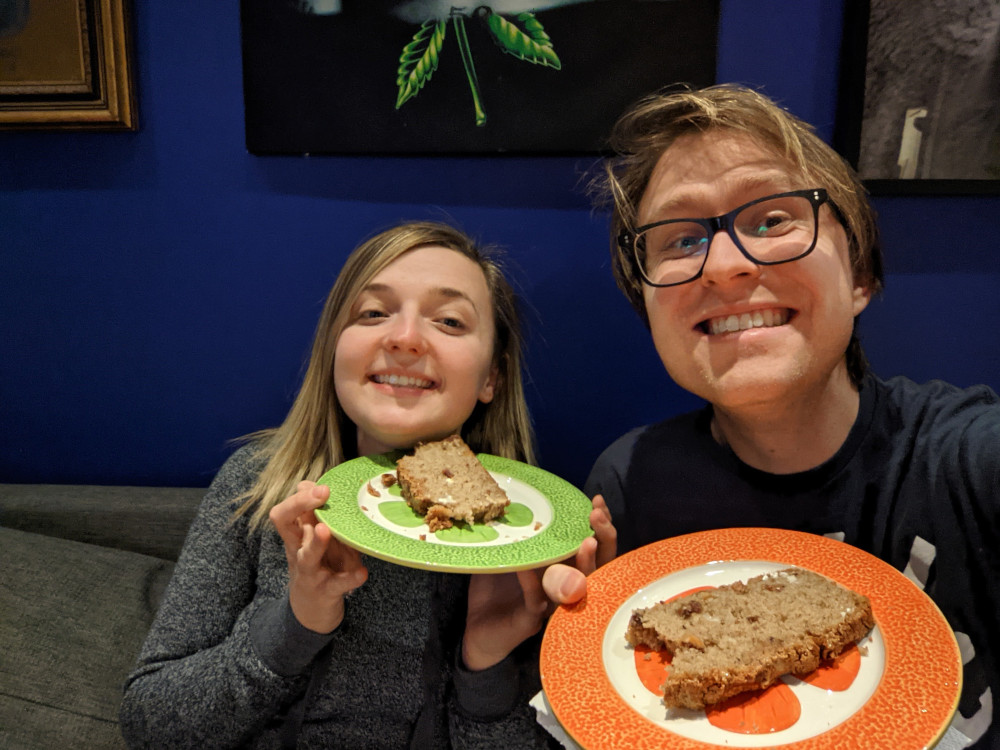 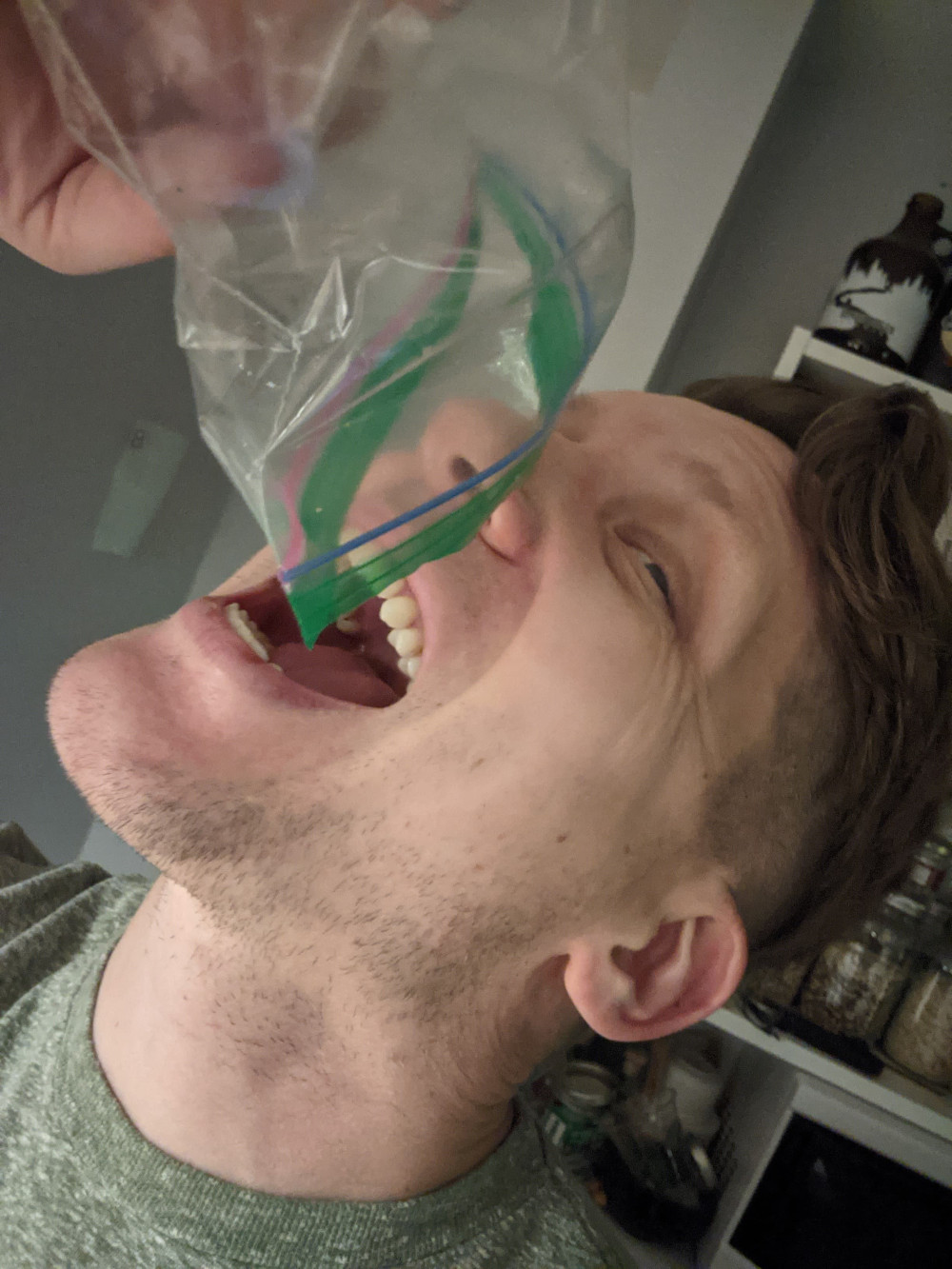 The feedback from our guest this time was that they liked it more than us, but we should replace the almonds with apples and make apple pie banana bread.

They are not wrong about that.